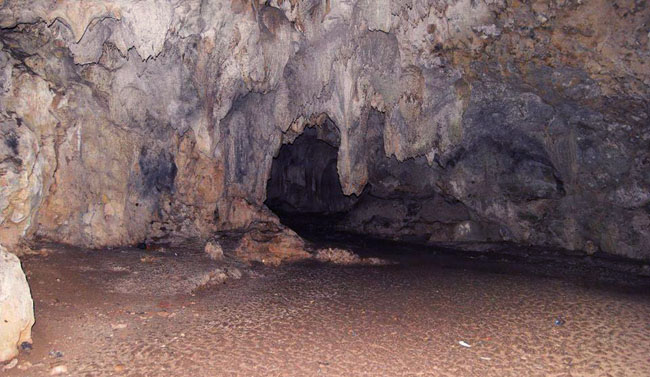 Spending a holiday in Pangandaran City would be quite memorable, especially for adventurers. The reason is none other than lots of references of natural attractions in that region. Here is an example. The name is Mudal Sumur Cave which is located in Penanjung Sub-District. The site often becomes a place where people spend an exploration and photography. The name Mudal means “overflowing”. It is because tourists might find a source of water that provides abundant water to its surrounding. However, the cave owns other unique characteristics which visitors can explore. What are they?

The Nuance
The mouth of the cave is not quite big but accommodates people who want to enter it. What is inside? As mentioned before, the main feature is the overflowing well with its mesmerizing water. Apart from that, tourists might see other features as well including stalagmite, stalactite, and majestic walls. Many people say the interior of the cave is similar to that of Indonesian temples, emitting a mysterious nuance inside. One thing, the condition is a little bit damp, so tourists must wear suitable clothes and footwear when exploring the cave.

Exploring Mudal Sumur Cave
What can people do in Mudal Sumur Cave? An exploration becomes the most famous thing to do in the site. Tourists are allowed to walk around the cave and take pictures of the interior. Due to the dark atmosphere, though, they must use activate the flashlight when taking pictures in the cave. Photography is one thing. The next activity they can do is to witness the well. They can even wash their face in it as long as they do not spoil the water.

According to the locals, Mudal Sumur Cave was once used as the alternative source of water among the locals. Not to mention local farmers took advantage of the water for irrigation. This was popular back then, especially during the reign of Penanjung Kingdom. Today, it only becomes another attraction in Pangandaran where tourists can visit. Such historical charm definitely becomes a reason why more visitors come to the location actually.

What is next? Both the stalagmite and stalactite of the cave represent some wonderful shapes! Some of them even represent the shape of a skull, which appears scary and mysterious. No wonder, they become another object of photography among tourists. What about the facilities? Have no worries. Tourists can find some good facilities nearby including a parking area, toilets, a worship place, hotels, and many others. The only consideration is the foods or drinks. No restaurants are available nearby, so tourists must carry their own foods when exploring the site. Littering is prohibited, though.

How to Get There
A trip from Pangandaran City to Penanjung Sub-District only takes about 20 minutes as the distance is 6 km. It can be done either by local transportation service or private vehicle, actually. For a faster trip, visitors should take the best route which is Pemuda Bojongjati Street.